1 in 12 Americans Has Severe Depression

Mental illnesses like depression have become a more prevalent problem in the U.S. and it can be difficult to quantify the full extent of the issue. However, studies have been tracking rates of depression in America over the course of many years and discovered that at least 8 percent of the population has the mental illness or about 1 out of every 12 people. This points to a greater need for education, prevention and treatment in our country for people who may not know how to cope with their symptoms.

The Centers for Disease Control and Prevention created a test to determine if people had symptoms of depression on a scale ranging from none to mild, moderate or severe depression. Although the test did not take into account every symptom of depression such as anger, anxiety or irritability it covered basic issues associated with depression in order to get a quick assessment of a person’s mental health. The questions allowed the researchers to get a general idea of how many people surveyed might be suffering from symptoms of depression. 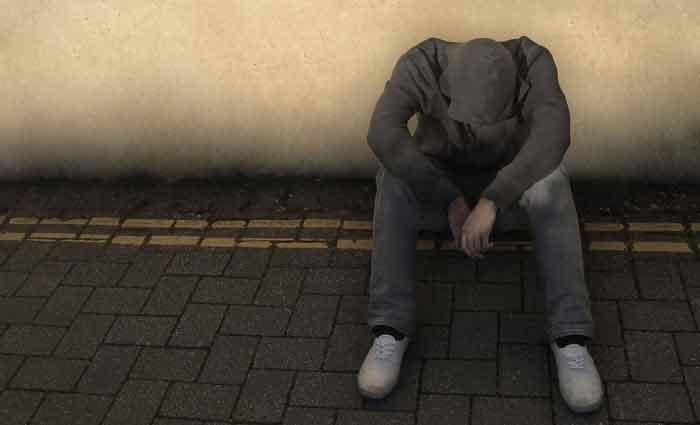 People that have depression may have widely varying symptoms that a simple test may fully account for. Depression can look different in every individual and it can require more than a questionnaire to find out for sure if a person has the mental. Many people have depression that expresses itself in feelings of anger, hostility and an argumentative personality.

Essentially depression is a mental illness that is characterized by a person who experiences persistent feelings of sadness in a way that can make it difficult for them to function normally in their daily life. They may have trouble sleeping, eating, performing well at work or socializing and interacting with others because of their inner feelings of depression. Some people can become adept at hiding their depression or may express their sadness in unique ways.

When someone has clinical depression it usually lasts for a significant period of time such as several months or at minimum every day for at least two weeks. People that feel depressed for a day or two but can easily bounce back and feel happy again are experience normal feelings of sadness and do not have a mental illness. Someone who cannot recover from their depressed feelings for several weeks may need to be diagnosed.

People at Risk for Depression

Even though depression can happen to anyone at any time, there are certain factors that can make someone more likely to experience depression. In terms of demographics, depression tends to occur more often in women than in men. In fact, almost twice as many women than men have been diagnosed with clinical depression because of certain vulnerabilities that they have including hormonal issues.

Men do experience depression in growing numbers but there symptoms may appear different than women. Men often exhibit their depression through anger, irritability, and are more likely to engage in drug or alcohol abuse. Because these symptoms are different than what one typically associated with depression, instances of the mental illness in men is often underreported.

Depression also has a significant genetic factor, meaning that if one’s parents, grandparents or other relatives in the immediate family have it then they are more vulnerable to developing the illness themselves. Issues of trauma can also cause people to be more at risk for developing depression particularly if they have had experiences of abuse, loss of a loved one or isolation and deprivation. People who have had trauma in their childhood or adolescent years tend to struggle more often with depression.

Although questionnaires may provide a general idea of who in the U.S. is dealing with depression, a true diagnosis requires more in depth knowledge of a person’s symptoms and their personal history. A significant number of people in America have moderate or severe symptoms according to these studies but there may be even more of the population that is struggling with depression. It is important that anyone who has feelings of sadness or anger that interfere with their daily life should seek help from mental health professionals.

Depression can be a complicated illness and its symptoms may be hard to recognize. Talking to a psychiatrist can help provide people a more accurate idea of the state of their own mental health.