Alcoholics Anonymous sets up strict rules regarding abstinence from alcohol consumption, encouraging all members to avoid drinking permanently. AA has proven to be a highly successful program for people to end their addiction to alcohol but the single focus of the program chooses not to address outside issues with other substances such as nicotine. 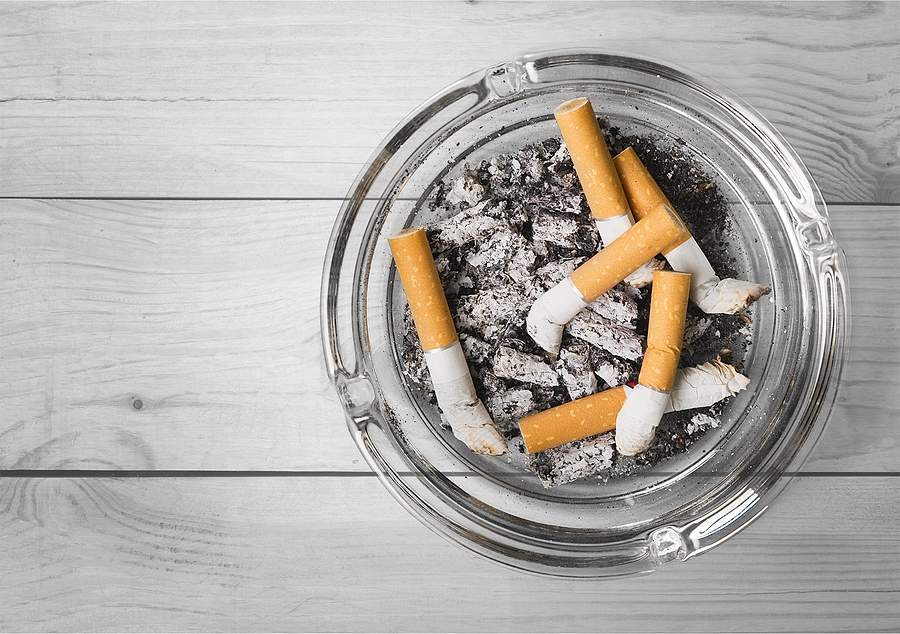 It is very common among AA members to continue smoking heavily even long after they have quit drinking to help them stave off any cravings for alcohol. The same issue affects those in NA or narcotics anonymous where members also tend to smoke cigarettes to help them deal with their drug issues.

While cigarettes may be effective as a temporary fix for alcoholics in recovery, the long term health issues associated with nicotine are serious problem in the AA community. It is projected that nearly three quarters of a million members of alcoholics anonymous will die from tobacco-related causes due to the heavy cigarette consumption typical of the program.

High Rates of Tobacco Use in Treatment

Evidence among existing members shows that most believe their nicotine consumption is a much less important issue compared to their alcohol or drug addictions. In most cases, they see their cigarette habit as something to be addressed later rather than give up both alcohol and nicotine simultaneously.

In New York for example, studies have revealed that 92% of those admitted to substance abuse treatment programs are also dependent on nicotine. Comparatively, the rate of smoking among the general population in New York is lower than 20% according to recent data. Similar rates of nicotine dependence in addiction treatment centers are found in other states throughout the country.

Many alcoholics or drug abusers do not consider the health effects of their nicotine habit while in recovery. Research shows that people with substance abuse issues have a four times greater risk of dying from tobacco use than the risk for the general population. These deaths related to tobacco use can result in up to 25 years lost from expected life spans.

While rates of tobacco use in addiction treatment are alarmingly high, they remain an issue even after individuals complete their stay in rehab. Of those in twelve step programs or people maintaining alcohol abstinence within the recovery community, as many as 60% are still addicted to nicotine.

Most individuals in these programs are experiencing success in their ability to quit alcohol use but unfortunately are endangering their health by continuing to smoke. AA members may be unaware of these issues as addiction treatment programs may not address their smoking or may fail to view quitting nicotine as an important part of their recovery.

The origin of the twelve step program may never have included smoking in its rules and practices because they were not aware of the health issues associated with tobacco at that time. Even programs today are not fully aware of the scope of the problem and continue to be reluctant to address nicotine addiction in their recovery steps.

Many members involved in AA believe that the sole focus of the program always has and always should be about alcohol. Those in the program have experienced most of their problems due to their alcohol addiction and feel that nicotine is simply a side issue that does not pose a threat to anyone else.

For people in the program, quitting drinking already has an enormous impact on their health both mentally and physically. Giving up alcohol can also help them significantly reduce the negative impact on their personal relationships, career and finances. For them smoking may seem like a minor problem compared to what they have been dealing with as a result of their alcohol problem for years of their lives.

AA in fact does briefly touch on issues of moderation in actions aside froam alcohol use. Their overall belief is that moderation is best instead of irresponsible excess in behaviors not related to drinking. However, it is never directly suggested to members in AA that they should quit smoking.

Alcoholics in twelve step programs at times may make the decision to quit smoking on their own when they recognize in their own time that it is causing health problems. While AA may never fully address nicotine addiction, the principles that it teaches to members tend to encourage them to live a healthier life overall. Most AA members address their alcohol addiction first and then some may later focus on other aspects of their life such as eating better, exercising or quitting smoking.

AA remains solely devoted to issues of alcohol addiction rather than nicotine because members need the most help with this issue. Although nicotine addiction is a serious problem in the recovery community, there are separate programs such as nicotine anonymous that may be the best solution rather than AA.