Why Most Addicts And Alcoholics Identify With An ‘Escape Of Reality’

Many addicts and alcoholics turn to their substance of choice as a way to escape reality. They abuse a mood-altering substance as a way to find relief from problems in their daily life, whether related to work, relationships, self-image, or financial problems.

The more they turn to a substance for relief, the higher their risk of developing an addiction. Addicts often find themselves living a life of avoidance, escapism, and denial, which further perpetuates their problem rather than fixing it. 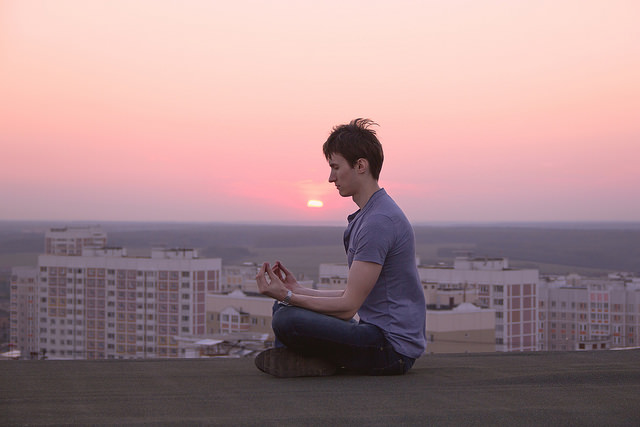 Many people struggling with intense emotional distress, trauma, or a mental health condition turn to drugs or alcohol as a way to self-medicate. The substance of choice provides a small amount of relief, until they are once again faced with reality. If they do not get the help they need to overcome their issues and healthily manage emotions, they will just continue drinking alcohol or using drugs to escape reality.

The modern world is filled with stressors, and chronic stress is one of the biggest contributors to many of the most prevalent preventable diseases, such as diabetes, cancer, and heart disease. Stress is also one of the biggest risk factors for alcohol or drug addiction. Just as people turn to these substances to avoid emotional or psychological distress, they often turn to addictive substances to relax after a stressful day.

Doing so on occasion may not cause a problem; however, when a person consistently does drugs or drinks heavily to deal with stress, especially chronic stress, it increases a person’s risk of developing an addiction. Instead of learning how to manage stress and face the realities of the situation, addicts choose to escape the reality and indulge in their substance of choice.

Not only do addicts escape reality by self-medicating with their substance of choice, but they often choose to remain in this state of mind. They choose to deny they have a problem and avoid the real underlying issues causing problems in their life. They prefer to be intoxicated with fabricated feelings of euphoria and happiness, rather than suffering and detailing with the mundane realities of life, as well as encountering negative emotions.

As soon as the effects of the drugs or alcohol wear off, the reality kicks in, and the internal demons of the person once again resurface. As soon as this happens, the addict typically chooses to use drugs as an escape from reality rather than deal with the problems.

The Risk of Abusing a Substance

Abuse of a substance is defined as using it in order to alter one’s mood. Although occasional abuse may not lead to addiction in everyone, it does increase one’s risk of developing a problem. Someone with an untreated mental health disorder, psychological or emotional distress, or chronic stress that chooses to turn to drugs and alcohol rather than seeking healthier ways to cope are at an even higher risk of developing an addiction.

Addiction typically is about escapism, avoiding reality and denying there is a problem. When an addict enters treatment to overcome his or her addiction, he often has to face reality. This can be very difficult, especially in the early months of recovery. That is why many addicts find themselves relapsing. The draw of escapism can sometimes be stronger than dealing with the realities of life, especially the negative elements.
photo credit: ColleenMarieWhite