When a person is physically accustomed to drinking alcohol on a daily basis, if they quit putting alcohol in their system their body will react very quickly. Alcohol withdrawal symptoms can begin even within the first 6 hours of being abstinent from drinking depending on the severity of their addiction. Over time and with repeated abuse, the body becomes chemically dependent on the alcohol to function and taking the substance away will lead to some very uncomfortable symptoms. 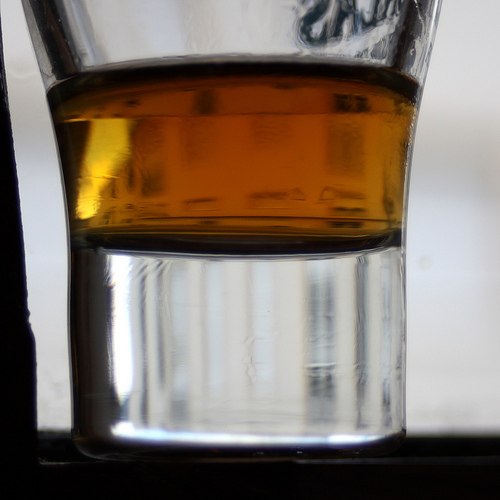 At the time when a person decides to stop drinking they will start to experience what is often called alcohol withdrawal syndrome. This is the name for the physical and mental phases that a person goes through as their body begins to rid itself of the alcohol in its system. The symptoms associated with alcohol withdrawal syndrome can vary depending on how long a person has been drinking and how much they consume on a regular basis.

Although alcohol withdrawal is slightly different for everyone, there is a certain timeline that most people go through when their symptoms are most intense and then they gradually subside. They also might have certain experiences initially that may change toward the end of their withdrawal period. Generally withdrawal takes about 1-2 weeks to go through until symptoms are completely gone.

The First Stage of Withdrawal

When an alcoholic abruptly stops drinking they will certainly start to feel different throughout the day and may even start to experience withdrawal symptoms in the first 6 to 12 hours after their last drink. For some with more mild addictions they will likely start to experience symptoms at least within the first 24 hours of quitting. In this first phase, withdrawal symptoms can be somewhat mild although uncomfortable for most people.

In the first day of withdrawal, an alcoholic may experience some physical discomfort such as nausea, loss of appetite and in more severe cases vomiting. They might also experience headaches, cravings for alcohol, unclear or foggy thinking and fatigue. Some people have shaky hands or mild tremors during the course of the first day.

In addition to physical discomfort, many people have emotional reactions such as feelings of anxiety, depression, mood swings and other issues. A common problem is the inability to sleep due to both physical and emotional symptoms making the person feel more restless at night.

Once an alcoholic gets through their first day without alcohol, they will have made it through some of the more mild symptoms and their reactions may start to get a little more intense. The second stage of alcohol withdrawal usually starts within 12-48 hours of quitting. In this phase, symptoms can start to affect a person’s vital signs so it is important to be monitored by a medical professional.

Symptoms in the second stage can include higher blood pressure, respiration issues, fever, irregular heartbeat, and sweating. People may have difficulty breathing, start to experience more confusion and in more extreme cases they may even have seizures or hallucinations. Abnormal vital signs can be a critical issue and need to be taken account to make sure they don’t negatively affect the individual’s health.

The most intense and uncomfortable symptoms tend to occur in the third phase of withdrawal. This stage takes place between 48 and 72 hours after the individual has had their last drink. It is during this time that some of the most disorienting and difficult experiences occur for severe alcoholics.

During the third stage of withdrawal people often experience hallucinations, severe confusion, disorientation, agitation and sometimes seizures. They may also have some serious physical reactions such as rapid heartbeat, excessive sweating and fever. Generally, the more serious a person’s addiction is the more severe their symptoms will be during this stage.

It is very important for an alcoholic to be monitored by a medical professional during this stage of withdrawal because many of the symptoms can be dangerous or even fatal if they are not treated properly. People can go through delirium tremens during this phase which is one of the most severe symptoms that can happen during withdrawal. Having a professional available can help ensure that nothing goes wrong and a patient can get through detox safely.

After an alcoholic gets through the first 3 or 4 days of their withdrawal period their symptoms will start to gradually ease over the last few days. Many people find that their symptoms have mostly subsided after 7 days but for others it may take as long as 14 days to get completely through withdrawal. Those in a detox program will be able to receive the assistance they need until their withdrawal syndrome is gone and they are ready to enter rehab.

Alcohol withdrawal is never easy but with medical assistance you can have the safest and most comfortable experience possible as you go through each phase of withdrawal.