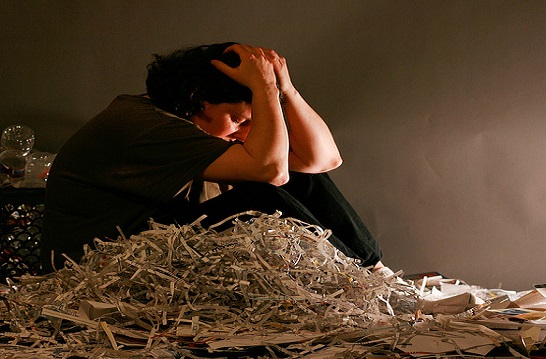 Obsessive behavior is most commonly associated with obsessive compulsive behavior (OCD), a mental health condition in which a person is overly anxious about something which they believe their behavior can control. However, many of the signs of OCD have been linked with a variety of other disorders, including anxiety, eating disorders, addiction, and more.

What is Obsessive Behavior?

Obsessive behavior can be defined as behavior patterns with which a person has no control. In OCD, this might be repeatedly washing hands due to a fear of germs, repeatedly checking a door is locked to ensure the house is safe and secure, or hoarding items.

Studies have shown that at the basis of the unhealthy, obsessive behavior is the habit forming mechanisms in the brain. A person feels compelled to do something to ease anxiety, and it becomes a habit that is very difficult to break. There are other behaviors that likewise use the same mechanism and become a compulsion, such as the formation of an eating disorder or substance abuse.

What Problems are Caused by Obsessive Behavior?

One of the problems of obsessive behavior is that it often becomes intrusive, and can even damage a person’s relationships, career, and other elements of his or her life. When a person cannot function unless he or she completes the set number of behaviors he or she feels is necessary, it can take up a lot of their time.

Often, people with OCD find themselves perpetually running late, or even missing an event due to their obsessive behavior. Their friends, family, co-workers and bosses often lose their patience, leading to problems. Some obsessive behavior can even be more dangerous, leading to a person putting his or her life at risk. This could include feeling an urge to drink or do drugs, which can lead to addiction and other health problems, as well as further risky behavior.

How Can it be Treated?

Obsessive behavior can be changed to healthy behavior with treatment. The most common form of treatment is psychotherapy, specifically cognitive behavioral therapy (CBT). The majority of people who undergo CBT find a reduction to their symptoms.

However, this form of therapy requires active participation by the patient. CBT differs from traditional talk psychotherapy by working to change behavior patterns, rather than solely focusing on the interior anxieties fueling the problem. Cognitive behavior therapy likewise works on many other mental health conditions that involve obsessive behavior and other harmful behavior patterns, including eating disorders and addiction.

There are various forms of CBT, but most therapists use Exposure and Response Prevention, also known as ERP, to treat OCD and related disorders. In ERP, a person is typically exposed via pictures, thoughts, or staged situations to the situation or idea about which he or she is anxious, such as germs or invaders.

A person then works on making the conscious choice to not engage in the obsessive behavior following the exposure. Many times, the person is provided with an alternative way to manage the anxiety, including learning healthy behavior that replaces the obsessive behavior. ERP and CBT can be part of a comprehensive therapy solution that also includes talk psychotherapy.