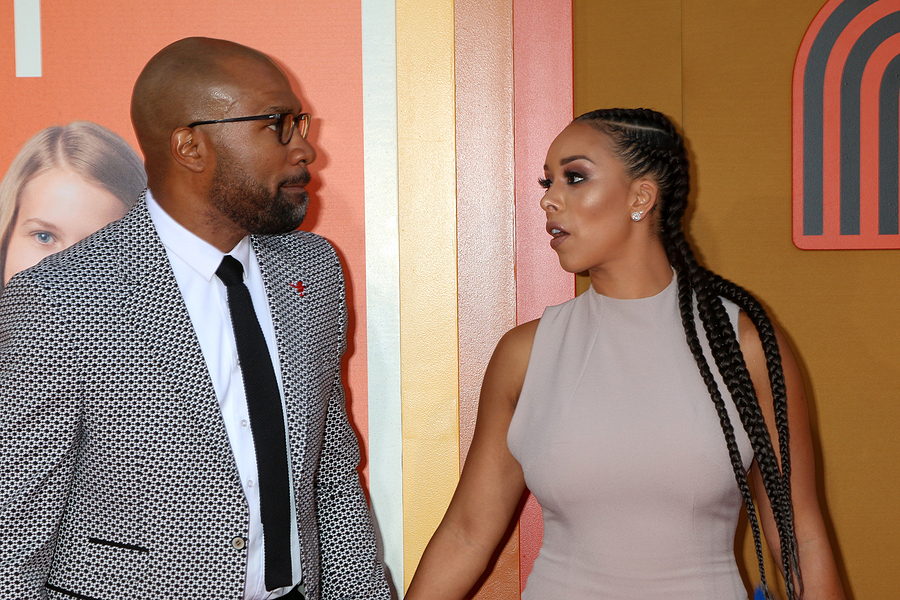 Former NBA player and head coach, Derek Fisher recently had a close call after a serious car accident while under the influence. Fortunately neither Fisher or his girlfriend, Gloria Govan who was in the car at the time, sustained any injuries. The accident occurred on Sunday, June 4th at 3 in the morning on the 101 in Sherman Oaks as Fisher was driving a Cadillac belonging to Govan. His vehicle suddenly veered onto the paved shoulder, hit a raised concrete curb and guardrail and then flipped over landing on the roof. No other vehicles were involved but when the California Highway Patrol investigated the accident they discovered that Fisher had been drinking and arrested him for a DUI without any incident. Fisher and his girlfriend issued a statement saying that they were glad no one was hurt but did not comment on the drunk driving arrest.

Lakers Star and Coach for the Knicks

Derek Fisher is best known as the NBA star who won five championships while playing with the Lakers. He played in the NBA for 18 seasons in total, as a part of various teams including the Golden State Warriors, Utah Jazz, Oklahoma City Thunder and the Dallas Mavericks in addition to his time with the Lakers. More recently, Fisher served as head coach for the New York Knicks between 2014 and 2016 before he was fired in his second season. Fisher had been hired by Phil Jackson as a coach soon after retiring from his playing career but the position did not work out. There was a lot of speculation at the time whether his firing had anything to do with an incident that took place with his former Lakers teammate Matt Barnes. The two players have not been on good terms since Fisher began dating Govan who was formerly married to Barnes. Matt Barnes apparently drove to Fisher’s house after finding out about their relationship and the two got into a serious brawl.

Barnes and Govan had been married almost two years and had twin sons together until they ended up having an amicable divorce. However their relationship took a turn for the worse after Govan began dating Fisher in 2015. Barnes’ aggressive actions against Fisher led Govan to file a restraining order against him. An investigation into Fisher’s recent DUI crash led to the discovery that the Cadillac escalade that he was driving was actually registered to Barnes. The car had been given by Barnes to Govan specifically to use for their two children. The Cadillac was completely totaled following the crash which flipped over and wrecked the car. This incident will likely worsen the rift between Barnes and Fisher whose relationship has not recovered. Barnes had previously been repeatedly insulting Fisher and seemed to remain angry about the situation with Govan although Fisher has not responded.

At the time that Derek Fisher began dating Govan, she was separated from Barnes but the two were not yet divorced. Fisher and Barnes had played together on the Lakers team for two seasons but according to Fisher were not very close. Barnes has stated that it was concern for his sons who he believed felt uncomfortable rather than jealousy that caused him to lash out against Fisher. When the two became involved in a physical altercation, it was one of Barnes’ his sons who ended the fight by begging them to stop. Barnes was suspended for two games following the incident and yet continued to taunt Fisher on social media. Photos of the Cadillac registered to Barnes were recently released and showed extensive damage to the car. The photos showed smashed windows on both the driver and passenger side of the vehicle as well as deployed airbags within the car. Footage shows the car resting on its side on the 101 freeway where it blocked several lanes of traffic.

Although Fisher and Govan were not hurt in the crash and there were no other vehicles involved, the basketball star was still concerned about what happened. He vowed that it would never happen again, possibly meaning that he would never drink and drive again. Fisher said that he wanted to focus on the positives and that he was grateful for all the prayers and support from fans who were worried about their safety. There has been no discussion of his DUI arrest and whether he has any issue with drinking that needs to be addressed. The arrest is believed to be Fisher’s first as there has been no evidence of previous incidents. Barnes has not yet commented on the accident as it was only recently discovered that it was his car that was involved in the crash. At this time, Fisher is simply glad that no one was hurt and that he and Govan survived such a serious crash.