Top NFL players enjoy a hefty salary, fame and the adoration of fans but life isn’t always perfect for former football stars when it comes to their mental health. When their careers end many NFL players are left with damage from multiple injuries and issues of depression. Research has uncovered that a significant percentage of ex-players suffer from depression and many even cope with suicidal thoughts. 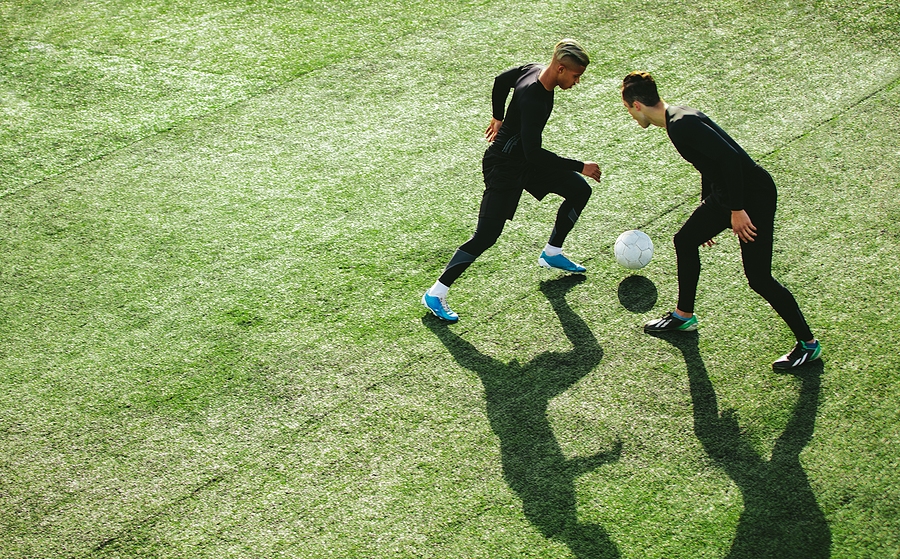 Many players have opened up about their very serious struggles with depression. Eddie “Boo” Williams, former tight end for the New Orleans Saints publicly shared his story in which came very close to taking his own life. The ex-NFL star laid across railroad tracks awaiting a train to pass over him until a homeless couple helped him and convinced him to get up.

This kind of story is unfortunately very common for retired football stars who lose not only a major source of income but also a large part of their identity when they no longer play the game. NFL players dedicate much of their lives to their sport and when it comes time to retire they are left with very little to fall back on. Their daily routines, financial situation and sense of purpose suddenly disappear from their lives once they quit playing.

Former star running back, Eddie George has said that even though he had his life set up fairly well when he retired by starting some businesses and having some steady income he still struggled with the void he was left with. Someone who has been an athlete their entire lives with a strict training schedule will wonder as George did, “what am I going to do tomorrow?” Without their athletic routine they feel lost and empty.

Coping with Symptoms and Stigma

Ex-NFL players often struggle with clear signs of depression such as isolating themselves and withdrawing from their social connections. Many of them describe a sense of withdrawal from the high of being a celebrated athlete and experiencing the daily adrenaline rush of the game. The feeling of withdrawal and loss can be devastating and many players like Eddie Williams end up wrestling with thoughts of suicide.

What often makes the situation worse for football players is that they feel reluctant to seek help for fear of appearing weak or less masculine. Athletes often must deal with the stigma surrounding depression and for the sake of keeping up with their macho image may avoid getting the help they need or talking about what they are going through.

Football players are often taught to put up a facade so that they don’t appear vulnerable to other players. Help-seeking behavior can carry a stigma for athletes but it is necessary for people who are dealing with mental health problems to discuss their issues. Having conversations about their depression and the things that are troubling them can start the process of healing.

Head Injuries and the Link to Depression

Although football players are strongly affected by issues of identity, finances and losing their routine there are other problems that can factor into their mental health. Recent studies have shown that the multiple head injuries that many football players suffer from can be linked to issues with depression. NFL players often experience several concussion throughout the length of their career and these injuries can have dire consequences on their long-term health.

Multiple concussions can lead to a condition known as chronic traumatic encephalopathy, a degenerative brain disease that can cause a number of different issues. Repeated blows to the head can cause a protein to form in the brain that spreads and kills brain cells resulting in CTE. The symptoms tend to appear in a patient’s late 20s and 30s often years after the initial head trauma.

Patients with CTE often struggle with maintaining a stable mood and also begin to have behavioral problems as well. They may begin to have issues with:

Later as the disease progresses they may have problems with:

These symptoms have a strong connection with many of the mental health issues that former football players face. Not all retired players suffer from issues with CTE or struggle with depression but researchers have found that it is a common problem.

Because of these growing issues, the NFL has created more and more programs to aid former players who have suffered from head trauma or are experiencing symptoms of depression. More players are also speaking out about these issues to break down the stigma that prevents others from getting the help they need to recover. For ex-athletes the best choice is to get involved in a recovery program because depression can be managed and reduced with the help of professional treatment and therapy.