Ryan Lochte Was In “A Dark Place” After Rio Olympics 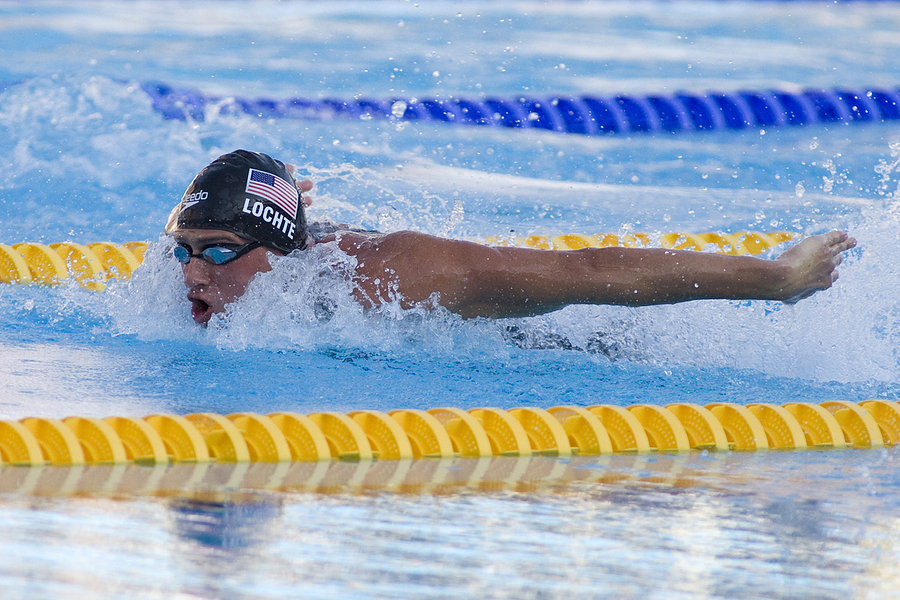 Olympic swimmer Ryan Lochte was involved in a massive scandal last year while he was involved with the games in Brazil. The events following the incident left Lochte in a very depressed state and nearly on the brink of suicide. He became one of the most universally hated athletes because of his behavior and lost most of his sponsors. Lochte admitted that he reached the lowest point he had ever been and felt that he was about to “hang up” his entire life. Things are looking to improve for the competitive swimmer as his 10 month suspension, issued last fall, will be complete at the end of June. Lochte has been critical of the punishment handed down to him, believing it to be harsher than even some past punishments for other athletes with greater crimes. He has recently been swimming in meets that were outside the scope of his suspension and he will soon return to competition to try and make the Tokyo 2020 Olympic team.

The Olympic Star and His Mistake

Lochte is a 12 time Olympic gold medalist with the second most wins in swimming behind Michael Phelps. He currently holds the world record for the 200 meter individual medley and 400 meter individual race. In spite of his status as one of the best athletes on the American Olympic team, Lochte has been admonished for what occurred in Rio de Janeiro and it has significantly affected his career. The 2016 Rio Olympics began well as the American swim team winning a medal for the relay although Lochte finished in 5th place for the 200 meter individual medley. On August 14th, Lochte and a few of his teammates claimed that they had been robbed by people posing as police after being forced out of their taxi at gunpoint early in the morning. Later a surveillance video and police report emerged that suggested the athletes had invented the robbery story.

What Happened in Brazil

Lochte had stated initially that they were pulled over in their taxi by people who held up a police badge and pulled out their guns. He claimed that one held a gun to his forehead and they were forced to give them their wallets and cellphones. Following this story, police were unable to corroborate any of the details and did not find the taxi driver that they spoke of. It was eventually discovered that Lochte and his teammates had in reality vandalized a gas station bathroom and were forced to pay for the damage on the spot. Surveillance video footage showed them interacting with gas station employees and security guards and at least one of the teammates opening his wallet. The police found out that the Olympic athletes had been drunk and damaged the floor, soap dispenser and mirror in the bathroom of the gas station. Lochte said that they fabricated the robbery story because they were afraid of getting in trouble. It was the charge of filing a false police report that ultimately got the athlete in much more trouble.

After the truth about the incident was discovered, Lochte apologized and admitted that he had lied about the robbery story. He then lost all four of his major sponsors including Speedo USA and Ralph Lauren Corp and was told he would be suspended for 10 months from major competitions. Lochte admitted at the time he felt like the most hated person in the world and that he had thoughts that if he died in his sleep it would be fine. He said that he almost felt as though he should hide from the public for the remainder of his life. Although he later denied being suicidal, he admitted that he did feel he was in the darkest place he had ever been. Lochte has said that his stint on the show “Dancing with the Stars” helped get him out of the bad place he was in following the Rio incident. Even though he initially felt he didn’t want to show his face, being on the show helped him get comfortable again in the public eye. He said that being surrounded by so many positive people including his dance partner, Cheryl, helped lifted him out of the depression he was facing.

Even though at one point Ryan Lochte thought he would never be a public athlete again, he has started swimming and plans to return to competition. He said that his suspension was heart-breaking because swimming is what he loves to do most and it has always been a part of his life. Lochte, a now 35 year old athlete, will finally be able to swim in major events when his suspension is lifted on June 30 and he will likely start winning medals once again.