Emotional intensity can often lead people to engage in self-destructive behavior such as cutting. When people think of cutting or other types of self-harm they might imagine it is only limited to teens who are struggling with the drama of adolescence. However, self-harm in various forms can be quite common in adults as well and needs to be treated before it leads to problems.

Self-injury is not limited to any particular age, demographic or gender. Although teens stereotypically have issues with self-harm there are many middle aged adults who struggle with the same problem and feel they can’t control their behavior. Because of the stigma behind cutting being a young person’s problem, some adults may be too ashamed to seek help. 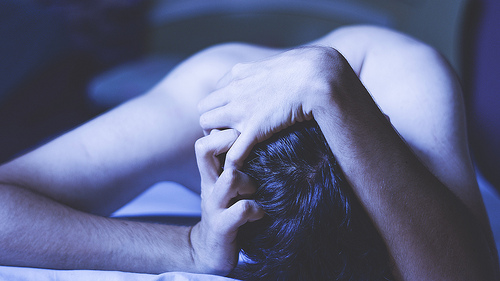 When people engage in self-harm it can have serious consequences on their physical and mental health. Behaviors like cutting or burning can lead to injury and even hospitalization if they become out of control. Self-harm most often is caused by underlying mental health issues that need to be addressed by a psychiatrist.

It may seem difficult to understand why an adult would feel the need to harm themselves physically through repeated actions. People who self-harm might cut themselves with a razor on certain areas of the body such as the arms, legs or other spots they can hide with clothing. They often make small, shallow cuts that are usually not suicide attempts but simply minor wounds they allow to heal.

In addition to cutting themselves, people who self-harm may burn themselves with matches or lighters, bang their heads against the wall, pull their hair or hit themselves with objects to cause injury. People who self-harm usually engage in these types of behaviors repeatedly and they may use multiple self-injury methods. Their intention is most often not to cause critical damage but there may be cases where they accidentally cut too deeply and end up in the hospital.

Depending on the individual’s personal mental health issues they may be engaging in self-harm for a variety of reasons. Some with issues such as borderline personality disorder may want to keep loved ones concerned about them and connected so they harm themselves. Other people with depression may use cutting as a way to release emotional pain or distract themselves from the mental anguish they experience.

What to Do about Self-Harm

When someone is using self-injury as a way to cope there is usually an underlying psychiatric disorder that they may not be aware of. A person with intense emotional problems may feel better at least temporarily when they hurt themselves but ultimately their mental health issues can grow worse without intervention. Self-harm is a type of coping mechanism that needs to be replaced with healthier strategies for dealing with painful feelings.

The most common mental illnesses associated with self-harm are depression, bipolar disorder and borderline personality disorder. In some cases psychosis and a break from reality may be to blame if a person is hearing voices that demand them to self-harm. Sometimes specific life stressors can also cause someone to self-harm such as losing a loved one or going through a divorce.

In order for self-harm to subside a person needs professional treatment from a psychiatrist that can diagnose the issue that is causing the behavior. Once a diagnosis is made it can provide more insight into why this person hurts themselves and what specific treatment plan can help them manage the behavior. People who self-harm sometimes want to quit but are unable to stop themselves because it is a deeply ingrained habit.

Adults who self-harm often experience a lot of shame and embarrassment about their behavior because it is normally associated with teenagers. They may find it hard to tell anyone about their problem and try their best to hide it or keep it to themselves. The guilt and secrecy they experience can weight on them or make it hard for them to reach out for help.

It can be hard to overcome the stigma behind self-harm but opening up and talking to others about the problem can be very cathartic. It often gets very difficult and lonely to hide these behaviors and deal with painful emotions alone. Talking to a therapist can be a great way to process some of the pain that is causing a person to self-harm.

The key element of treatment for self-harm is allowing the patient to find a different coping mechanism that works for them. When they feel sad, angry or want attention and love from others they can try a healthier strategy. Learning to deal with painful emotions is crucial in healing from a mental illness or behavioral problem like self-harm.

If you or a loved one has been engaging in self-injury it is important to seek professional mental health treatment. Look for a therapist or treatment center in your area for recovery.