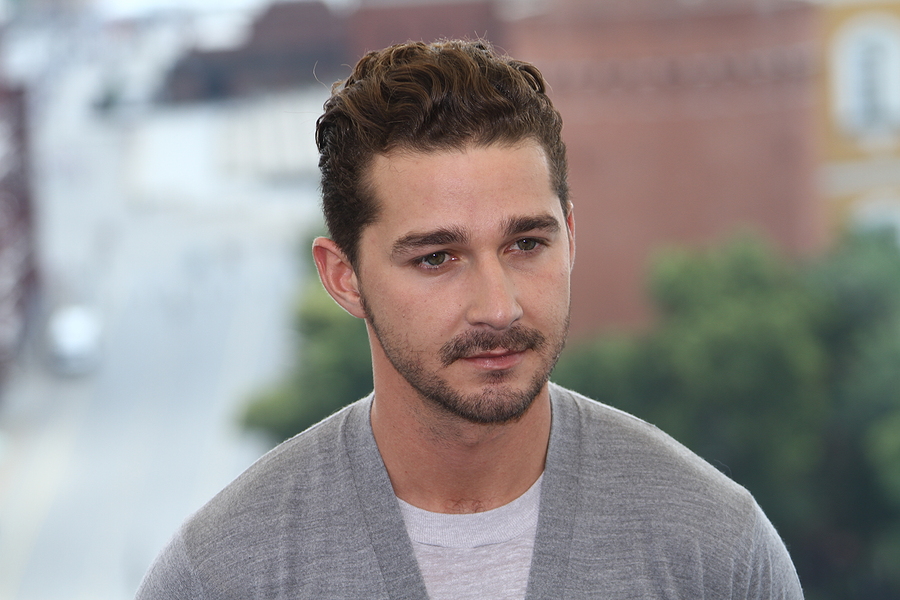 Actor Shia LeBeouf recently took to Twitter to post a public apology following a drunken confrontation with police in Georgia over the weekend. He was arrested for suspicion of obstruction, disorderly conduct and public drunkenness. A video has circulated the internet in which LeBeouf goes on a tirade against the police even speaking in profanities and making racist comments to some of the officers at the station.

LeBeouf has been making headlines for some time with his bizarre public behavior and issues with drinking. In his Twitter apology he seems to have a desire to turn this pattern around saying “I have been struggling with addiction publicly for far too long, and I am actively taking steps toward securing my sobriety and hope I can be forgiven for my mistakes.” He also expressed shame for his behavior and his “disrespect for authority”.

The actor’s run in with the police took place on July 8th when he approached a bystander on an intersection asking for a cigarette. According to the police report, LeBeouf flew into a rage when he was not given a cigarette and began shouting vulgar language and profanity. An officer told him to leave the area and he refused, becoming disorderly and aggressive.

When the police officer attempted to arrest LeBeouf he ran to a nearby hotel but was eventually taken into custody in the lobby. He was taken to the police station and caught on camera saying that one of the police officers would go to hell “because he’s a black man”. LeBeouf apologized on Twitter to the officers, expressing regret for his behavior and gratitude for their restraint in dealing with his conduct.

Although LeBeouf was arrested and charged with obstruction, disorderly conduct and public drunkenness, he was eventually released on a $7,000 bond.

Past Issues with Alcohol and Arrests

This is by no means Shia LeBeouf’s first encounter with the police while intoxicated as the actor has been arrested multiple times in the last decade. In 2007 he was arrested for refusing to leave a Walgreen’s while intoxicated and in 2008 he had a DUI arrest after a car accident in which he injured his hand.

Le Beouf was also involved in a bar fight in 2011 and in 2014 he was arrested again for disorderly conduct at a performance of “Cabaret”. The actor was apparently smoking cigarettes, yelling at actors and swearing at security guards while inside a New York City theatre.  He faced multiple charges and eventually pled guilty to disorderly conduct but was able to make a deal with no jail time.

The next year he was arrested again in Austin, Texas for public intoxication and again in 2017 during his performance art project following President Trump’s inauguration. His project took place at the Museum of the Moving Image where he invited participants to film themselves saying “He Will Not Divide Us”. Outside museum he was arrested after he had yanked a man’s scarf, scratching his face and shoved him.

The art project was eventually shut down because it was said to have caused a volatile situation and public safety hazards. It was then moved to Albuquerque and eventually Liverpool to the Foundation for Art and Creative Technology.

Shia LeBeouf’s very public alcohol issues and outrageous behavior have led him to seek help for his addiction in the past. In 2014, the actor entered rehab following his arrest at the Broadway showing of “Cabaret”. After this incident he realized that his actions were part of a larger health problem and he decided to focus on recovery.

LeBeouf was part of an outpatient alcohol treatment program and spoke about his experiences in group therapy which he felt was similar to method acting. The actor managed to stay sober for some time although it unclear when he fell off the wagon and began drinking again.

He began getting involved in public drunken incidents again this year including blowing up at a bartender in Jerry’s Famous Deli in May. His most recent arrest is another example of how out of control his drinking and aggression have become again in spite of his efforts to become sober in the past.

Although LeBeouf has clearly fallen off the wagon, his Twitter apology included an assertion that he would take steps to become sober again. It is not yet known whether he will enter another rehab program but he seemed contrite after his encounter with the police and wants to quit drinking. LeBeouf insisted that he has been “struggling with addiction publicly for far too long”. If the actor is able to go into recovery again he may finally leave behind his issues and avoid any more incidents with the police in the future.