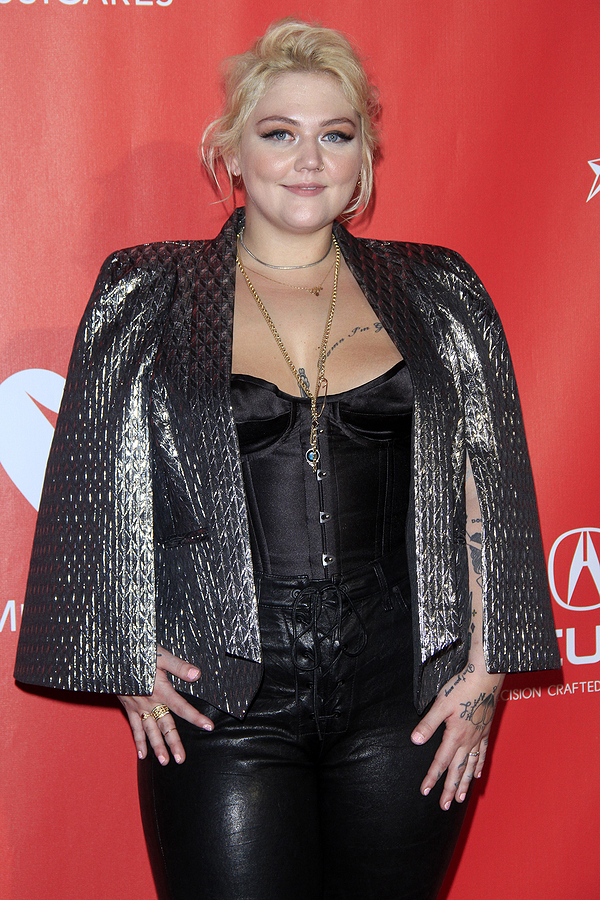 Recently the 27 year old singer and daughter of comedian Rob Schneider opened up about her recent struggles with post traumatic stress disorder and depression. Using her public instagram account, Elle King posted a photo along with some lengthy text discussing her decision to seek mental health treatment for her issues.

In the post she said that she made the choice to begin talking with a doctor about her experiences with PTSD and compared her mental health issues to “a trip on LSD”. King said that the choice to seek help was one that she had been putting off for a long time for fear of opening up the pain from the past that had been hidden for so long.

She eventually realized that prolonging the decision to get teatment would ultimately make her situation worse. The choice to seek help at first made her feel like her “life was over” but she is beginning to work with a doctor and see some improvement.

Elle King’s real name is Tanner Elle Schneider and she was born to her father, the well known comedian and actor, Rob Schneider and her mother, a former model named London King. Her parents divorced and her mother remarried, raising Elle in southern Ohio along with her stepfather Justin Tesa. Elle remained in contact with her father, making her acting debut in his popular movie “Deuce Bigalow”.

Elle King began playing guitar at the age of 13 and credits her stepfather with inspiring her to become a musician by introducing her to the music of female rockstars like the Donnas and the Runaways. In her teenage years she began gigging around New York City and eventually was signed to RCA records to release her debut single “Good to Be a Man”.

She has said that she chose to use her mother’s name “King” rather than “Schneider” to differentiate herself rather than be known as a celebrity’s daughter. King’s music career began to gain traction as her music was chosen as a theme song for VH1’s “Mob Wives Chicago” series.

Her breakthrough came when she released her new album “Love Stuff” along with the single “Exes and Ohs” which reached number 10 on the Billboard Hot 100. The song also received two grammy nominations for Best Rock Performance and Best Rock Song. In spite of her success, King has had personal struggles that are still not fully understood by the public.

Elle King was dating a man named Andrew Ferguson for a few weeks when they suddenly got engaged on a sailing trip. The two had planned an elaborate wedding but the event was called off abruptly and they instead eloped in February 2016. At the time Elle King had posted online that she “skipped out” on the wedding choosing instead to go to an Eagles of Death Metal concert.

Later an incident occurred in the couple’s home that may have contributed to their eventual divorce. Police had responded to a domestic call in which Ferguson reportedly attacked King, grabbing her by the neck and allegedly threatening to kill her. Police observed that there were marks on King’s neck and arms which revealed a physical altercation had in fact occurred.

However, King reportedly did not want to press charges saying that the two were partying and that things had gotten out of hand. Ferguson claimed that he had thrown King on the bed to stop her from hitting her head against the wall. The district attorney did not move forward with the case

When the two decided to separate after only a year of marriage in May 2017, King wrote on Instagram that Ferguson was the “greatest love of my life” and her “best friend”. Only a few months after her divorce, King posted the recent photo and caption discussing her mental health issues.

We secretly got married 3 weeks after we met on 2/14/2016. It was and will forever be, one of the happiest days of my life. This photo was taken today, 5/15/2017. A month after what should have been our big wedding ceremony. My heart is broken. My soul aches. I am lost. He is the greatest love of my life. He is my best friend. As we separate, and attempt to find our footing through life, all I can hope for us is that we both find happiness within ourselves. I love you. You’ll always have my heart. You’ll always be my first husband. • • • Please be respectful of our emotions and our space during this time. Everybody thought I lost my mind and I did. So, be kind.

Although it is unclear whether King’s issues with depression or PTSD are related to her unstable marriage or any issues with domestic violence, she has recently become more candid about her own inner demons.

Fans do not yet know what has caused her PTSD as King has only recently revealed the issue which she may have kept secret from the public for some time. As the singer receives treatment from a professional, she may be more willing to open up about the details of her problems and perhaps even reveal more about the cause and symptoms of her disorder.

For now she says that she is trying to make healthier choices for herself and love herself as much as possible. King appeared to be optimistic in her post, certain that she would get the help that she needs to be in a more stable state of mind in the future.