Is Underage Drinking and Substance Abuse Ignored at Concerts? 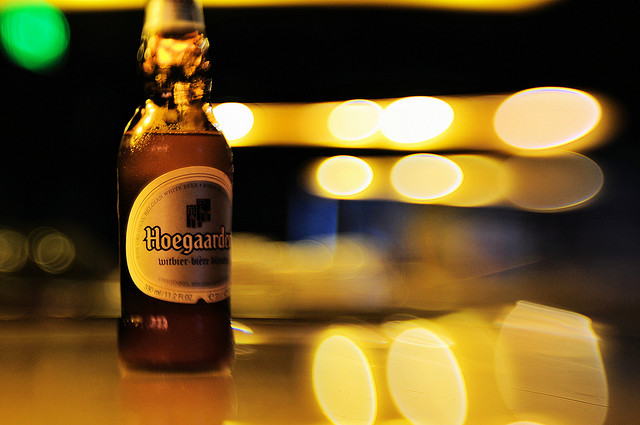 A recent concert featuring Chance the Rapper highlighted an ongoing problem with underage substance abuse that has gone largely unaddressed. At a show in Connecticut where the rapper was headlining, 90 people were hospitalized and police say that most of the patients were underage teens that were suffering from severe alcohol intoxication.

The situation took place at the Xfinity theatre in Hartford, Connecticut where radio station Hot 93.7 was presenting a concert. The 90 people hospitalized is much more than average for the theatre which typically deals with around 20-30 people being transported for emergency care. Following the incident Hartford police met with staff members of the theatre and agreed to increase enforcement at future events to prevent underage drinking.

It can be difficult to prevent underage drinking at concerts where people under the age of 21 are permitted. Teens can’t legally purchase alcohol at the venue but this usually does not stop them from showing up intoxicated to shows. Many underage teens may drink outside prior to the concert, find ways to sneak in alcohol to the concert or have a friend over 21 buy them a drink.

It is a problem that can’t be easily addressed as it could involve having to use a lot of police and security resources to spot underage drinkers especially at a large concert or stadium level venue. Prevention tactics could include a breathalyzer test and pat down prior to entry into the concert which would put extra strain on the venue.

Alcohol and Drug Use and Festivals

One of the more challenging problems comes from weekend long festivals which draw huge crowds in the summer months including many underage music fans. Drug use has become rampant at such festivals where many attendees bring in drugs like molly and ecstasy to enhance their experience. Drug and alcohol use can be especially dangerous at summer festivals because of the intense heat and tendency to develop severe dehydration.

There have been a number of instances of drug related deaths at festivals including two women who passed away at the Hard Summer music festival in 2015. Music festival deaths have increased in the past decade and studies show that 13 percent of those deaths are due to alcohol and drug use.

Because teens are allowed to attend most outdoor festivals there are also many cases of underage drinkers being hospitalized in these situations especially among teen girls. Local hospitals around Grant Park where Lollapalooza takes place often see room after room of kids coming in from the festival for treatment for severe intoxication. Hospital workers say that many teens come in with blood alcohol levels at 4 times the legal limit.

Although attendees are not allowed to bring alcohol into festivals like Lollapalooza, many find ways to sneak it in or simply drink heavily before the event. There are also stories of underage drinkers planting alcohol somewhere in the park before the event and then recovering it later when the festival begins.

At most concerts and festivals there are already measures in place discourage underage drinking or drug use but with the amount of people in the crowd it can be difficult to combat the problem. Unfortunately, teen drinking and drug use is both a law enforcement problem and a public health issue that needs to be addressed more strictly to prevent the types of hospitalizations and even deaths that can sometimes occur at music events.

In 2015, New York’s Governor Cuomo attempted to crack down on underage drinking at concerts in the state. He started “Operation Prevent” to take a more proactive approach to teen drinking and drug use, encouraging law enforcement to make more arrests at concerts. His goal was to stop avoidable tragedies and prevent young people from making bad decisions.

Cuomo’s team included investigators from the DMV, State Police, the State Liquor Authority, and local law enforcement who performed sweeps of concerts throughout New York to find fake IDs and make arrests. Police made dozens of arrests at various shows including 55 arrests at a Future concert at Darien Lake. Cuomo believed that making more arrests would help to discourage young people from attempting to purchase or drink alcohol illegally.

These types of efforts can make teens less likely to drink at concerts for fear of the consequences. If underage drinking and drug use is ignored then the problem will only continue to grow and more young people will be hospitalized every year. Education about the dangers and effects of heavy drinking may also help discourage teens from trying to become intoxicated at concerts.

When young people are more aware of the consequences of their drug and alcohol use both in terms of their physical health and getting in trouble with the law they will be more likely to attend a concert sober.