Although plenty of people dream of being a famous musician, singer or actor, the price of fame can be high and it is all too common to lose some of our favorites artists to addiction. Celebrity overdoses have always been a rampant problem even since the 1960s when talented legends like Jimi Hendrix and Janis Joplin died young from drug related issues. Over the years, drug statistics have the tendency to rise and fall but celebrity drug use remains stagnant. What is this the connection between celebrity status, drug abuse and overdose? Although each individual’s story of addiction is different, there seems to be a pattern related to fame and what it involves that causes drug abuse. Celebrities often have unbridled access to drugs combined with issues of depression and anxiety that can be common in creative people. Looking at different celebrity stories may make it easier to understand why this problem is so prevalent.

Prince was known for his outlandish looks, passionate performances, impressive guitar playing and unique skills in songwriting. He honed and crafted all these talents in spite of growing up in desperate poverty, his family barely able to afford food after his parents divorced. He had epilepsy as a child and was often bullied in school which made him crave attention and develop anger issues as he grew up. Prince began playing in a band when he was just 14 and by the age of 19 he was already the youngest artist signed to Warner Brothers with contract allowing him complete creative control. He had breakthrough hit albums in the early 1980s like Dirty Mind and 1999 which sold 3 million copies. His issues with opioids began more recently after he  started suffering from hip strain which caused him to have chronic pain. Many of his friends knew that he was in a lot of pain even though he chose to keep performing and recording, using prescription opioids to continue working as much as possible.

Prince was found dead in April of 2016 at his home in Minnesota and it was determined through a toxicology report that he overdosed on fentanyl, an opioid prescribed by doctors for cancer treatment that may have been obtained illegally. Friends and family revealed that he had been dealing with an addiction Percocet for a number of years. It was later discovered that Prince’s prescriptions for oxycodone had been written under his bodyguard’s name, Kirk Johnson, for “privacy”. This suggests the possibility that some of those in Prince’s inner circle were helping him obtain medication in spite of his addiction, an issue that is commonly seen in celebrity overdoses. 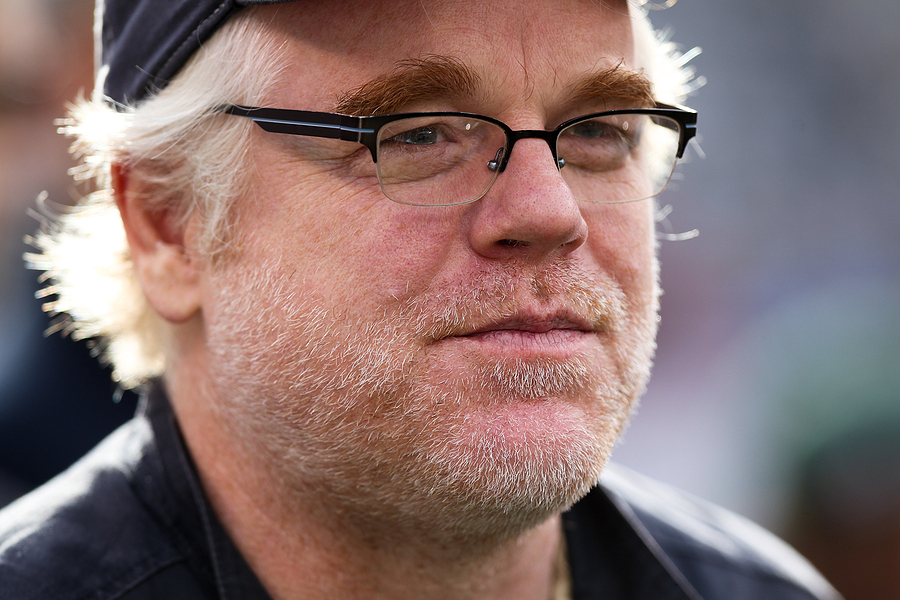 A critically acclaimed actor with multiple awards and nominations for a long list of films, Phillip Seymour Hoffman was known as one of Hollywood’s elite talents. He was also a devoted father of three and had been sober for decades before relapsing back into heroin abuse and eventually spiralling out of control. Hoffman had a deep love for theatre and very high standards for his acting which at times could cause him to feel tortured about his artistic performances. He had checked into rehab for a heroin addiction just after graduating college when he was only 22 years old. Once he became sober he began his career mostly with small roles until he started collaborating with directors like Paul Thomas Anderson in “Boogie Nights” and eventually went on to win leading roles such as that of “Capote” for which he won an Academy Award.

Hoffman had been off of heroin for 23 years but the problem started resurfacing and he started relying on prescription drugs to break the habit again. Friends and neighbors said that he could be seen at the bar alone at night looking dark and depressed. He was kicked out of his family home because his heroin addiction started spiraling out of control. Although Hoffman returned to rehab and was briefly sober again, he was later found dead in his apartment with a syringe still sticking out of his arm. Police found 70 bags of heroin in a drawer inside his home and people in his inner circle confirmed that his heroin use had been very heavy before his death.

Even though he was a rockstar with a career spanning three decades, Scott Weiland dealt with some personal demons and drug abuse that ultimately took his life. In the 1990s he rose to fame was the frontman for the popular band Stone Temple Pilots, later moving on to the supergroup Velvet Revolver with members of Guns N’ Roses in the early 2000s. Over the years, Weiland battled an addiction to several drugs including heroin but at one point had quit all of his habits. His drug abuse had caused rifts between him and people in his life and many of his performances suffered due to being intoxicated onstage. He was seen on a few different occasions forgetting lyrics and even falling off stage at one show.

Even though he had been sober for some time, shortly before his death there were rumors floating around that he had returned to drug abuse and cocaine was found on the bus that he died on. Weiland was known to have suffered from depression for years and even took medication for bipolar disorder. He spoke in interviews about his tendency to use heavy drugs until they exacerbated his depression which ultimately gave him something to write about in his music. When sober he felt uninspired and admits that he probably subconsciously took drugs to fuel his creativity.

One of the stars of the hit show Glee, Corey Monteith, was only 31 when he was found in a hotel room dead from a mixed drug toxicity of heroin and alcohol. Monteith had a lifelong struggle with addiction but was trying to get on the right track by spending a month in rehab prior to his overdose. His drug and alcohol use had been a problem since he was only 12 years old trying to escape his troubled youth. He began jumping between 16 different schools including alternative programs for problematic kids. Asked by his family to quit drugs, Monteith decided to get sober and move to LA to start acting in 2009. It wasn’t long before he landed his breakout role in “Glee” where he began to gain some notoriety. It was while working on the show, however, that Monteith relapsed and many of the cast members and producers became concerned. They staged an intervention, asking him to attend rehab and get clean to which Monteith complied. Soon after completing rehab however, he overdosed most likely because of a decreased tolerance from his period of sobriety. 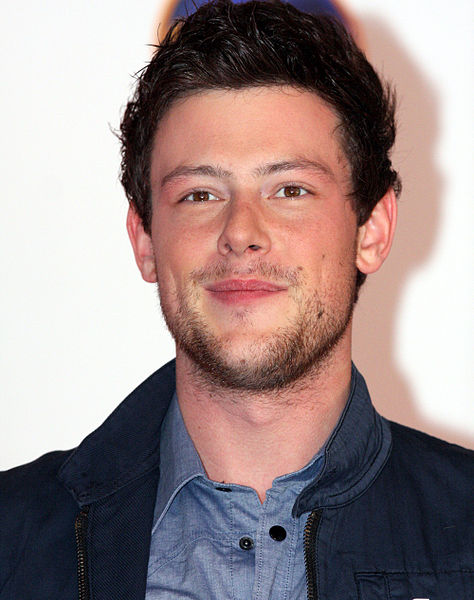 Pop princess, Whitney Houston, has long been touted as one of the most talented singers of all time. However, her issues with drugs caused the star to pass away at the age of only 48 years old. Houston was groomed to be a star by Arista president, Clive Davis but she began rebelling against the pressure to be perfect by taking drugs in her early 20s. The singer often felt that she couldn’t be herself completely because of her fame and she had to hide many of her insecurities, family issues and personal emotional problems that plagued her throughout her career. Houston especially resented the control that Davis had over her and the clean image that he wanted her to present at all times. Friends and colleagues said that Houston used drugs to escape her pain but her addiction began to spiral. They also said that she was surrounded by enablers who allowed her to continue her abuse and do whatever she wanted. The singer entered rehab multiple times but her drug problem ultimately took her life.

One of the stars of the popular series, “That 70’s Show”, Lisa Robin Kelly rose to fame playing the older sister, Laurie, alongside Topher Grace. She worked on the show for five seasons until her character was written out of the series by leaving home to go to beauty school. The reality was that Kelly was unable to continue working because of her heavy addiction to cocaine and alcohol. The producers of the show insisted that she enter rehab but she was ultimately fired in 2002. Kelly’s issues with drug abuse soon became much worse as she was arrested multiple times including once for driving under the influence in 2010, and later again for spousal abuse two years later. The star admitted that she had a miscarriage as a result of her drinking and over time she became almost unrecognizable due to her addiction. In 2013, Kelly attempted to get help by checking into a rehab facility in California to quit her alcohol issues. It was while attending rehab that the actress overdosed and passed away.

A singer-songwriter with a unique artistic ability, Amy Winehouse was adored by fans and critics for her deeply personal and sometimes dark music. While her career was at its peak, Winehouse died of an overdose at the age of 27 in her London home. Winehouse’s issues with drugs and alcohol were no secret to fans as her most famous hit song “Rehab” detailed her refusal to get help for her substance abuse. In spite of the anthem, Winehouse actually did enter rehab a few times but left early for each program. She admitted in several interviews that she suffered from manic depression and even symptoms of an eating disorder combined with self-injury. Winehouse had a troubled relationship with her on and off again boyfriend and fellow drug abuser Blake Fielder-Civil. Many of the lyrics on her hit album “Back to Black” were about Blake and their difficult romance. The pain and depression that Winehouse expressed in her lyrics were what made her connect with listeners and even her addiction became part of her artistic persona. Her career was cut short when she died of alcohol intoxication following a long battle of substance abuse.

The beloved actor who played the Joker in “The Dark Knight”, Heath Ledger, was a rising star when his highly publicized death turned his career into a tragedy. Ledger was known for his impressive acting skills but his talent became overshadowed by his issues with drugs. He was found in his Manhattan apartment where he overdosed with six different types of prescription drugs used for anxiety and sleeping problems. Ledger was on and off drugs but frequently took prescription medication to help him with his insomnia which sometimes led to harder drug use. The actor was committed to all of his roles through method acting, often getting deeply involved in entering the mind of the characters he played. Fans wonder if his final role as the Joker took its toll on him mentally and physically but Ledger was already filming his next project at the time of his death. The actor was the father of a two year old girl to whom he was a devoted parent in spite of his issues with drugs.

In many cases of celebrity overdoses, the individuals are uniquely talented and often tortured artists that struggle with fame and personal demons. Actors and musicians can sometimes have troubled pasts and problems with depression which help to drive their creativity. While they may be able to turn their pain into something beautiful, it does not always ease their suffering. Fame can also come with its own drawbacks because it means living in the spotlight and having to present a certain image. Celebrities at the height of fame also have enough money and access to drugs to engage in rampant abuse. They are also frequently surrounded by enablers or fellow drug abusers who never question their choices. There are plenty of famous actors and musicians who are able to continue working for their entire lives but unfortunately some of the most talented and gifted people never manage to escape their demons.